skip to main | skip to sidebar

Of the many ingenious concepts described to us by Vic Baranco, one of his most down-to-earth and practical was the concept of purchasing a dilapidated fixer-upper of a house and having people move into it right away. This resulted in a variety of positive outcomes: The residents learned valuable construction skills, they had fun bonding with each other while participating in construction groovies and, most importantly, they got to experience an increased level of responsibility for the house itself because they had invested themselves in its improvement. People felt more as if they owned the house.

Something seems to be happening with the current crop of residents in the Oakland Morehouse. There has been a sudden increase in the enthusiasm for upgrading our already beautiful home. For example, there is the basement hallway. We recently stripped it to its studs, installed new Sheetrock and molding and trim, painted the walls and ceiling, and put down gorgeous new wall-to-wall carpet. It doesn't feel like a basement anymore. People are tripping over each other to do laundry just so they have an excuse to go downstairs.

Then there is the new, beautiful, huge refrigerator. When our old fridge died, we went looking on craigslist until we found a used one we could afford. We had this monolith delivered to our back yard. Then, it took six enthusiastic volunteers to get it up the back porch steps and into the kitchen. Hanging the refrigerator doors was another challenge, and so was super-cleaning the interior. But it was soooo worth it! You can imagine how important it is to have sufficient refrigerator space when a large group of people live with each other, and the new fridge is even bigger than the one we got rid of. Once again, we all feel responsible for it, because all of us helped with the project in one way or another.

And remember that balcony reconstruction I told you about way back in May? Believe it or not, I'm still working on it. But I've had a ton of help, and I can finally see the light at the end of the tunnel. The heavily waterproofed decking is in place, the outdoor carpet has been installed, and the Victorian balustrade has been completely taken apart, refurbished, reassembled, repainted, and reinstalled. All that's left are some finishing touches and the balcony, too, will be a triumph the whole house can be proud of.

Sometimes, the way someone can contribute to the action is by preparing refreshments for the folks doing the physical labor. Or they can find out what music the workers like and arrange for it to be played while they're working. Or they can encourage someone to take a break and get a shoulder rub. Sometimes, when you're hammering away, it's a huge blessing to have people aboard who's sole role is to stop by, admire the work and say how appreciative they are that the project is getting done.

All in all, it's been an exhilarating way for us housemates to make use of the energy of the spring heat cycle, and it's been a great excuse for us all to get closer to each other. Of course, it doesn't hurt that we also have an increasingly nice place to live. Next stop: Renovating the entire kitchen!

Of course, I'll keep you posted. Thanks for reading.

The fun is in the commitment; it doesn't matter whether you win or lose.
-- Vic Baranco 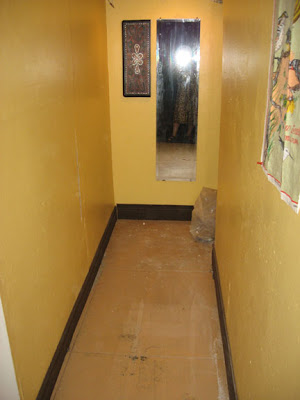 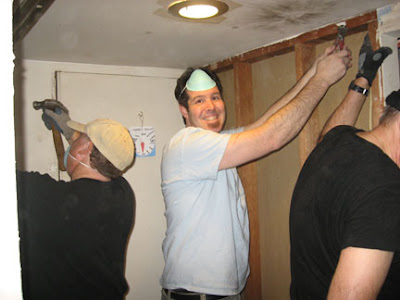 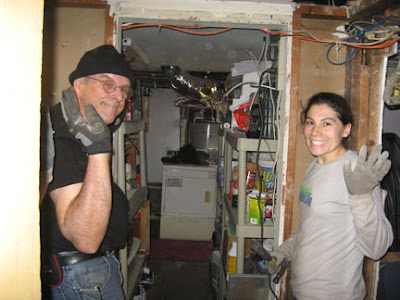 David and Sierra at the stripped entrance to the laundry room 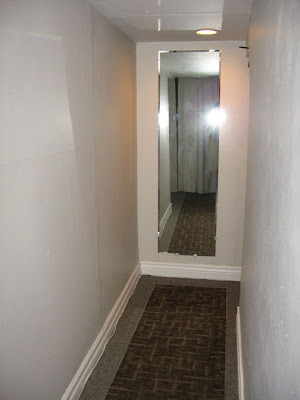 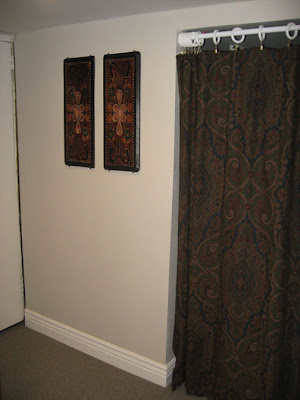 New entrance to the laundry room 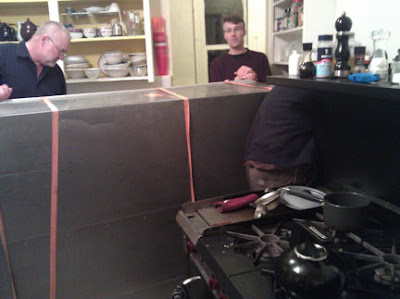 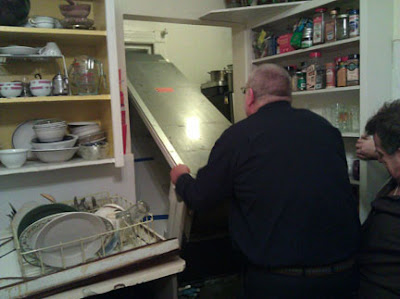 Good thing they measured the opening to the pantry first! 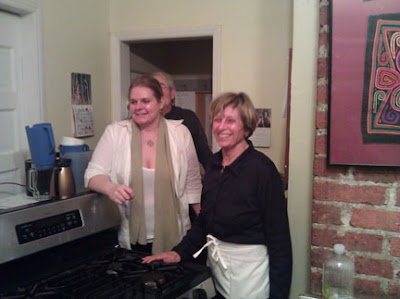 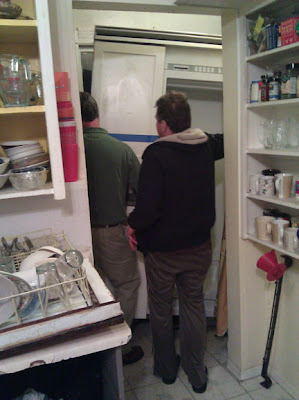 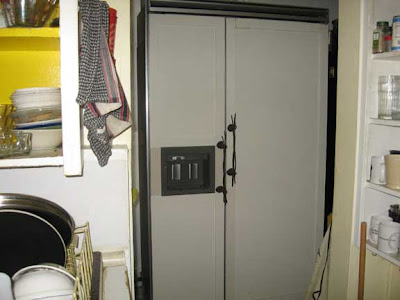 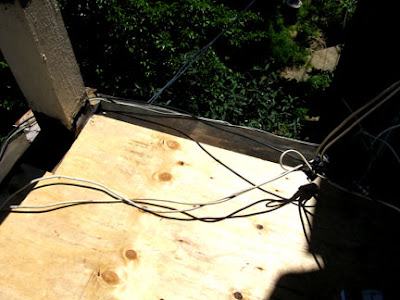 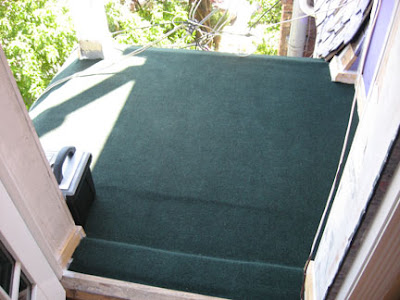 New outdoor carpet (We sure can cut a rug!) 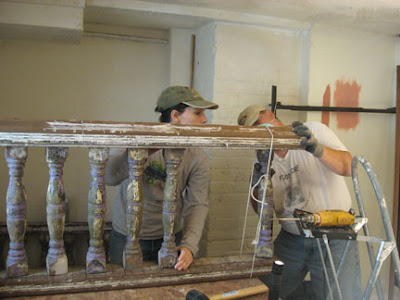 Sierra and Gerry reconstructing one of the two balustrades 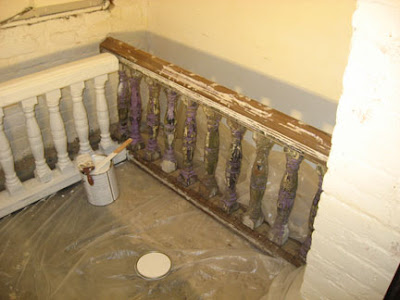 Starting the first coat of primer 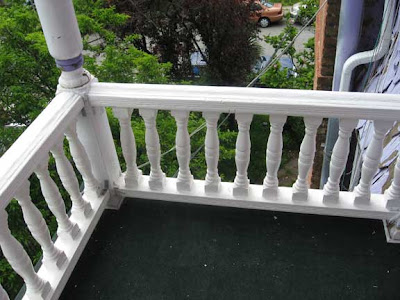